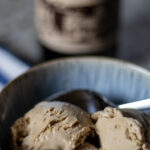 Let's list some favorite foods: beer, ice cream...wait, stop! That's enough for me! Imagine a rich, creamy, deep chocolatey porter craft beer turned ice cream. We're not talking a light beer here. There's a time and a place for that, this ain't it!

Downtown North Porter Ice Cream is the perfect boozy summer treat, fall treat, or really anytime treat (when you make an ice cream from a strong porter it becomes winter appropriate ice cream right?). Ice cream lovers 21 and up only please! Now, it's not that boozy, but the ice cream is finished with straight Downtown North Porter (around 9.1% ABV) to really bring out those authentic flavors.

The gift of Downtown North Porter Ice Cream is all because of a wonderful local establishment called Druid City Brewing Company. Druid City, for short, started as Tuscaloosa's first Craft Brewery and continues to refine the craft. It is owned and operated by Tuscaloosa legend Bo Hicks (and his band of lost boys).

Druid City holds a special place in our hearts. Our family spends countless hours in the intimate tap-room that truly feels like drinking beer in a friend's living room. When our son pooped in the potty for the first time, we took a trip to Druid City (or Mr. Bo's as he calls it) for his reward. It is hard to describe the warm environment, so if you're from Tuscaloosa, go check it out, if you're not it's worth trip to Alabama for I promise!

Downtown North Porter, or now canned and distributed throughout Alabama as Parkview Porter, is one of Druid City's signature beers. Its name is a bit of a pun on lovely historic downtown of Northport, Alabama just across the Black Warrior River from downtown Tuscaloosa. It is dark, but not heavy. It's creamy in taste, but not in feel like a Guinness would be. It's malty, chocolatey, and has those yummy coffee undertones from the darker roast. Not to mention, it packs a punch with a deceiving 9.1% ABV. This beer will get you in trouble if you don't realize what you're getting into! These qualities translate into a silky, rich, and flavorful ice cream.

I had the idea for this marriage quite some time ago, but hadn't had the heart to sacrifice some North Porter to make it happen. Until one day we mentioned the idea to Bo Hicks, hero to many, close friend, supplier of beer for our daughter's first birthday, and video game opponent of our son, he promptly went inside and poured me a crowler to make it happen.

Let's turn this booze into some ice cream!

I have a really good base vanilla recipe I have perfected over the years so I thought, how hard can this be? Let's do this. I'll admit I was a little bit surprised when my first batch of the Druid City North Porter Ice Cream came out a winner!

Making ice cream is definitely a plan ahead project, but it's not difficult if you follow these steps. Carefully crack the eggs and add the yolks to a large metal or glass bowl. Reserve the whites for another use. Add the milk and whisk the yolks and milk together thoroughly. Let this mixture stand at room temperature. This is a step I find useful to reduce the risk of scrambling the eggs later on.

Next, make the beer reduction by combining the brown sugar and cup of North Porter into a small heavy bottom saucepan. Let this mixture come to a boil and then reduce to a simmer, simmering until the liquid is reduced by about half. It will be concentrated, but not thick. Remove the pan from the heat and let cool while you proceed.

In a large heavy bottom saucepan combine the vanilla caviar (or extract), the heavy whipping cream, and sugar. Whisk this mixture and bring to a simmer making sure that all of the sugar granules are dissolved.

Now for the trickiest part! The next step involves tempering the egg/milk mixture with the hot cream/sugar mixture. Slowly add the hot cream mixture in a steady stream to the milk/eggs while whisking vigorously and continuously. Then pour the combined milk and cream back into the heavy bottom saucepan. Add the salt.

Return the heat to medium, medium/high and whisk frequently. Don't leave it alone because the eggs will stick to the bottom and start to scramble! As the temperature increases, start whisking more frequently until the custard thickens enough to coat the back of a wooden spoon and not run when you run a finger through.

In order to be extra careful you don't have any little pieces of egg, pour the hot custard mixture through a sieve into a metal or glass bowl. Add the beer reduction, cover, and chill at least four hours or overnight before putting in an ice cream maker. Freeze in the ice cream maker for around 20 minutes adding a few tablespoons of beer toward the end. This allows fresh notes from the beer that highlight rounder undertones in the reduction. Remove and put the ice cream into a freezer safe container and freeze for at least 4 hours or overnight.

The secret to making a beer based ice cream is the beer reduction. Just adding beer to the ice cream will produce ice cream that is too icy with a texture that is just plain off. However, making the reduction takes away some of the more delicate beer notes, so I add a few splashes unreduced beer at the end of the process to bring out the authentic flavor profile of the beer. It may sound odd to the uninitiated, but trust me the the combination of the reduction with some of the unadulterated beer is really complementary. 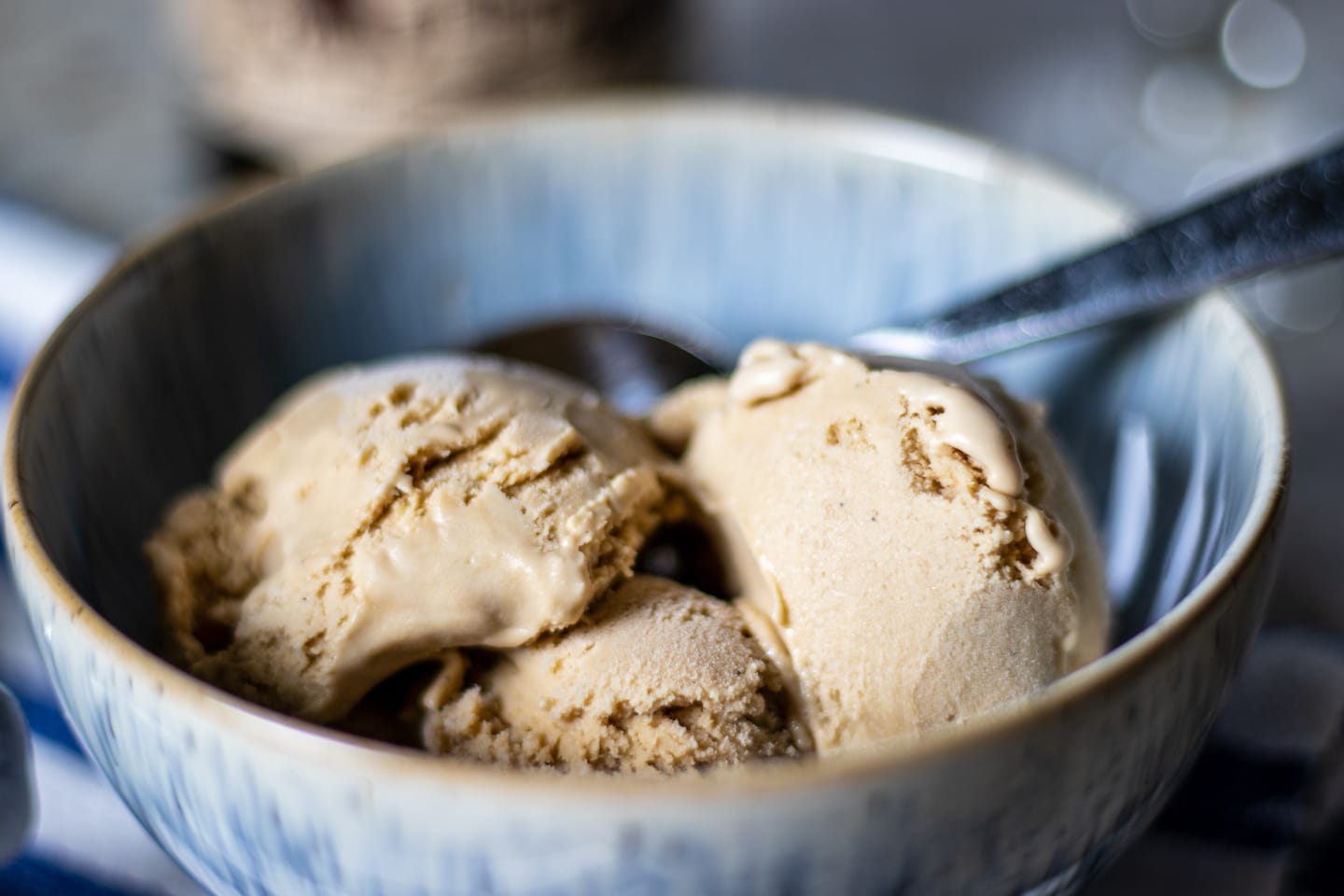